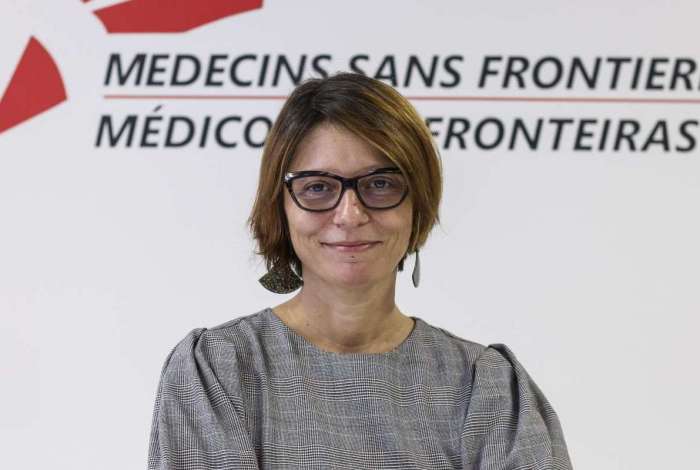 Ana de Lemos has been MSF-Brazil’s Executive Director since 2018. She has been working with the organization since 2000. She first worked as a campaign coordinator, project coordinator and country director in different operational contexts (Hungary, Liberia, Mozambique, Nigeria, Palestine, Kenya, Sudan, Tanzania and Zimbabwe), as well as in the Geneva and Barcelona offices. In 2017, Ana began her work in the MSF-Brazil office in the role of Communications Director. 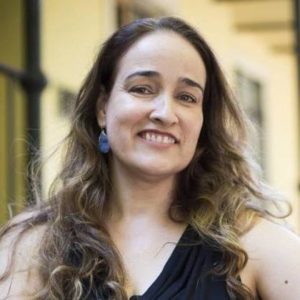 HIV and STI Prevention Project Researcher at INI/Fiocruz, ImPrEP Demonstration Project Coordinator for the implementation of HIV pre-exposure prophylaxis (PrEP) for men who have sex with men and transgender people in the context of combined prevention in Brazil, Mexico and Peru. 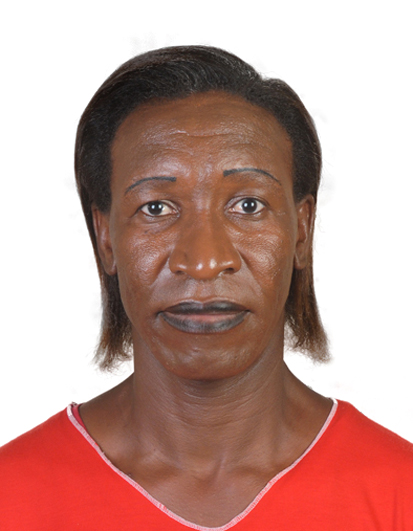 Farisai Gamariel is a transgender woman born in Mozambique and raised in Zimbabwe (where being LGBT is a taboo, and stigma and discrimination are common). She has been a University Professor for more than 20 years. She has an MSc in HIV and Health, and has worked at MSF’s Operational Centre Brussels for two years as a Patient Support Manager, focusing on the project that offers support for men who have sex with men (MSM) and transgender women. She has had the opportunity to work with the operational research team, which motivated her to carry out the current qualitative study that will be presented at MSF Scientific Day Latin America. 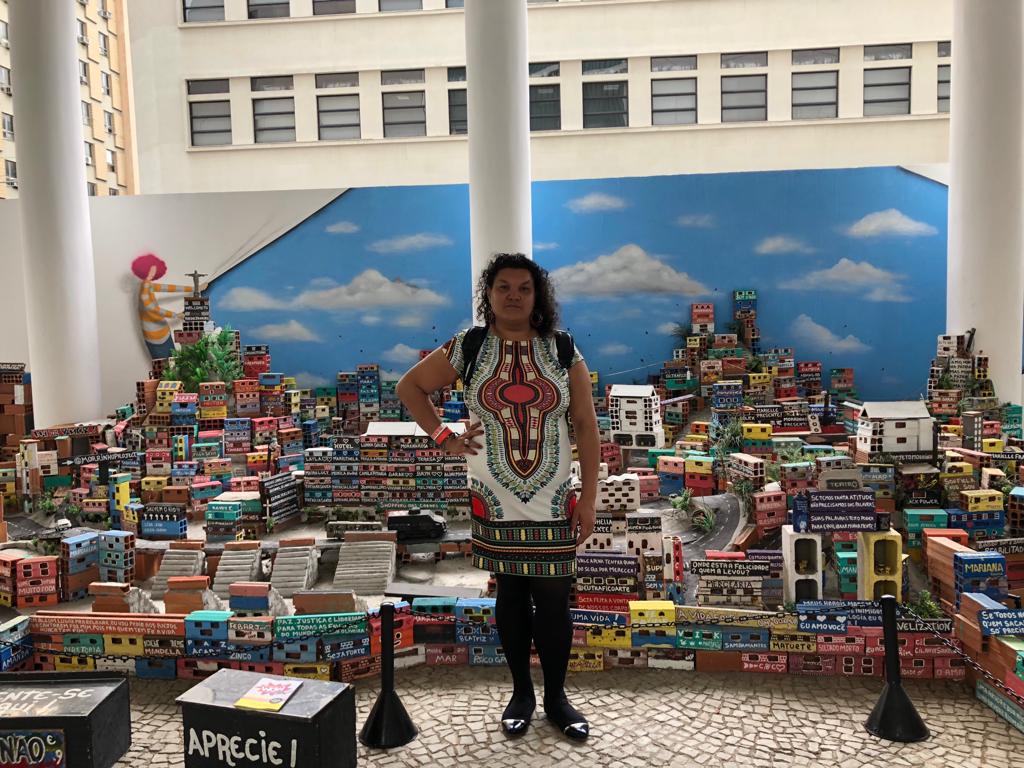 Gilmara Cunha lives in the Maré slum complex since she was born. She is a specialist in the issue of LGBT people in the slums and a psychology student. When she was 20 years old, she began her trajectory in the LGBT social movement, where she has been fighting for a better life for the LGBT community in the slums. She was the first transsexual to receive the Tiradentes Medal, the highest honour in the Rio de Janeiro state, granted by the Legislative Assembly of the Rio de Janeiro State (ALERJ). 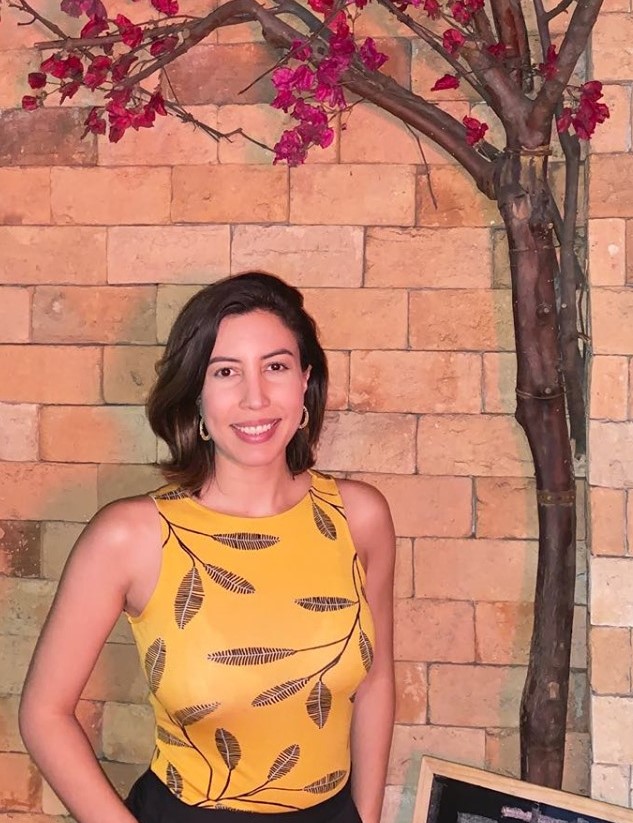 Jennifer Marx is the Youth and Adolescent Health Advisor for MSF Operational Center Brussels and Brazilian Medical Unit (BRAMU). She is a medical doctor with a BSc in clinical nutrition and a MSc in International Health from the Charité Medical University in Berlin. Prior to joining MSF, she worked as a hospital and primary care physician and as medical coordinator for adolescent projects in the area of sexual reproductive health, diabetes and nutrition. Her current position involves providing technical support to the field, ensuring a multidisciplinary adolescent-friendly approach in collaboration with other medical department referents, and defining strategies to overcome barriers faced by adolescents in accessing health care. 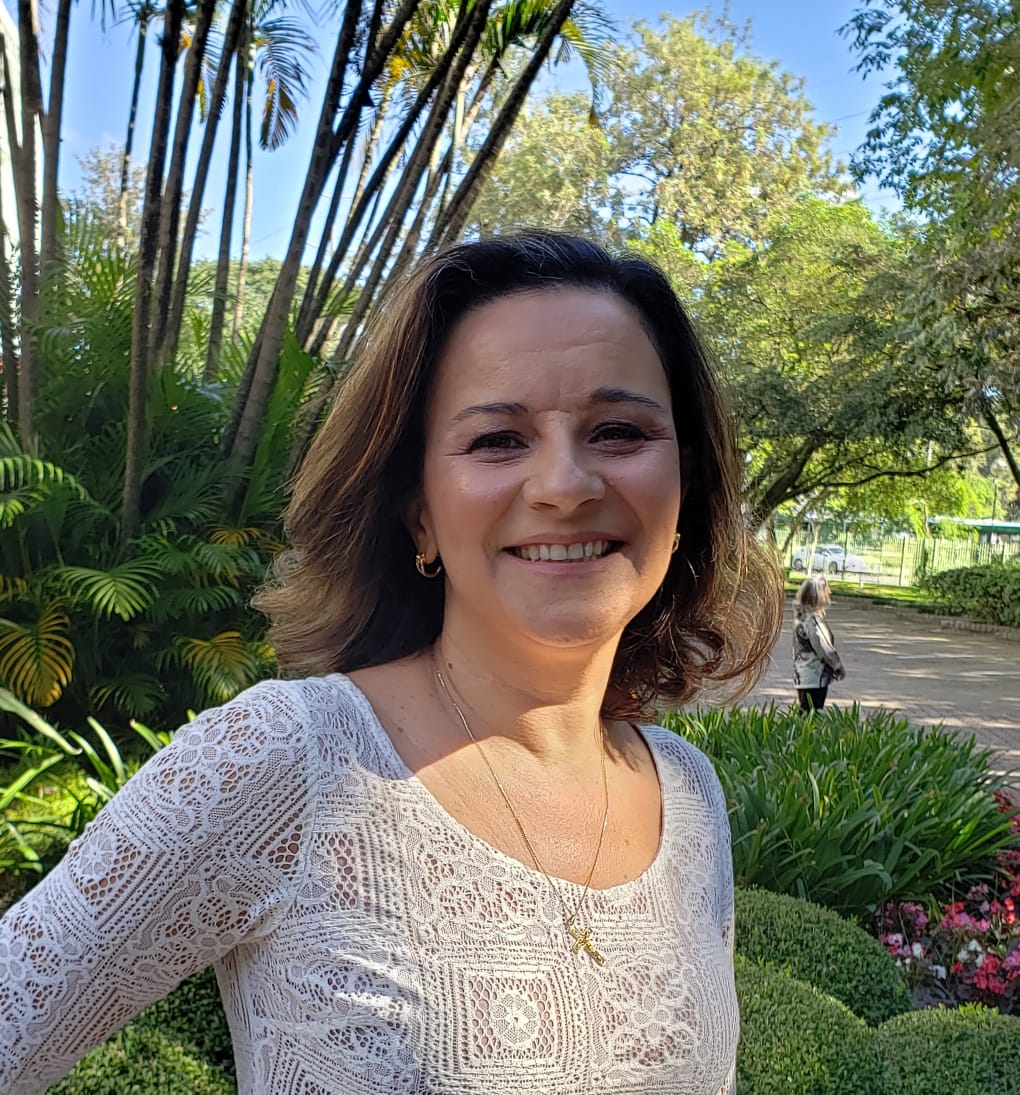 Letícia Ikeda is a medical doctor graduated from the Federal University of Health Sciences of Porto Alegre (UFCSPA).  She is a Sanitarist certified by the National School of Public Health (ENSP) and has worked with HIV/AIDS programs for 20 years. She has experience with program management and clinical care for people living with HIV/AIDS, other sexually transmitted infections, and tuberculosis. She has experience working with key and priority populations, especially people deprived of their liberty and young people in situations of social vulnerability. She is a University Professor and works in the Post-graduate Program in Collective Health and in health courses. 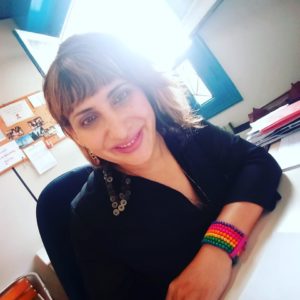 Maria Eduarda Aguiar is a lawyer and post graduate in Gender and Law at the Rio de Janeiro State School of Magistracy, president of the ´Group pela Vidda´ RJ, member of the Diversity and Gender Commission at OAB-RJ, first lawyer in Rio de Janeiro to have her name in the OAB portfolio, portrayed in 2017 at the ´Faces da Justiça´ exhibition. Today she works with advocacy focusing on people with HIV and LGBT population. She was responsible for representing ANtRa in ADO 26 that criminalized LGBT phobia in the country. 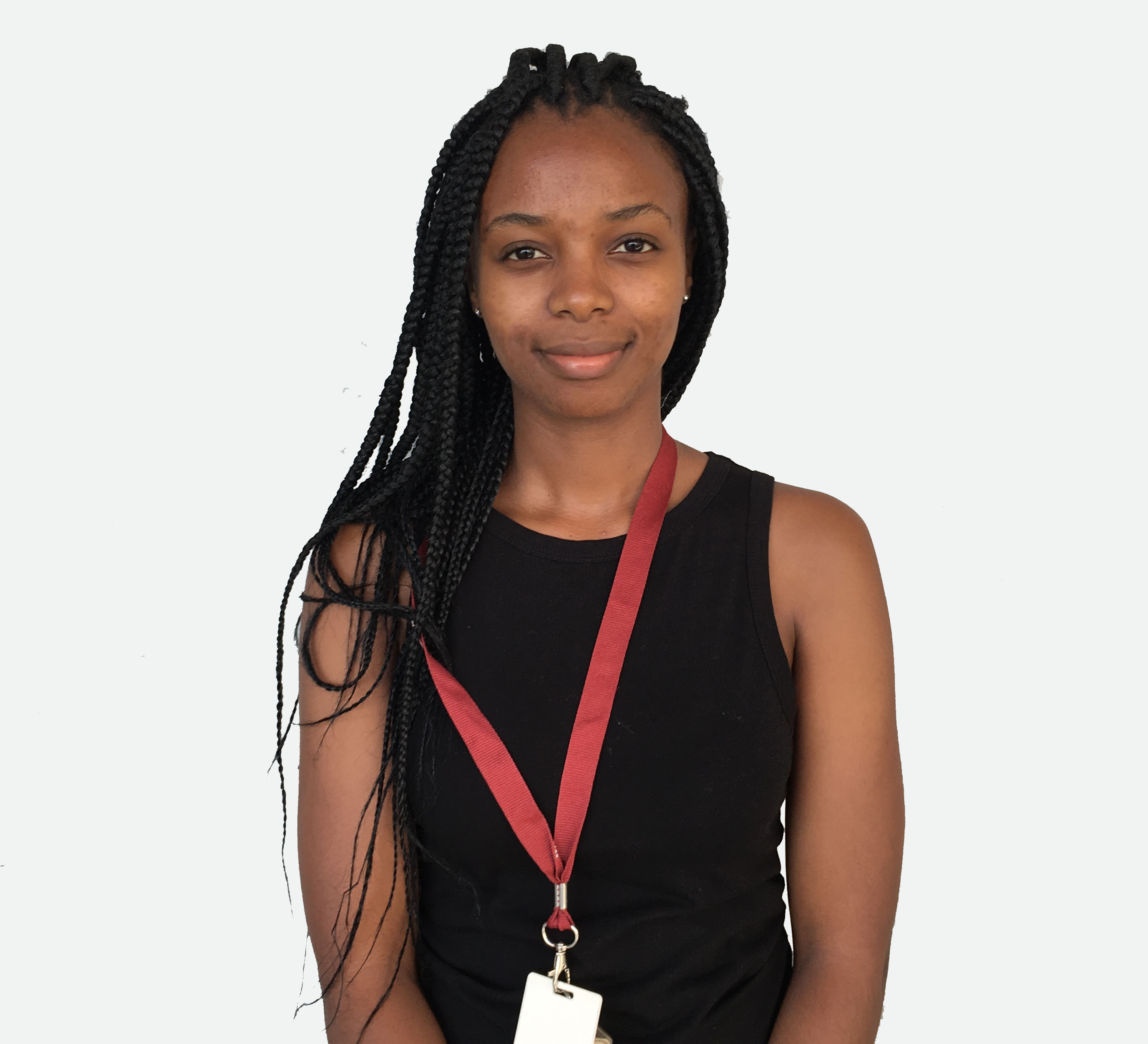 Mbali Jiyane joined MSF in Johannesburg, South Africa, in 2017 as communications/online intern, in charge of creating content and helping to manage the online platforms such as the website and the social media platforms for the south of the African continent. In 2018, she started working for the MSF’s Khayelitsha project. Her responsibilities include creating content and running digital health promotion campaigns for the project. Her role in the project comes down to interacting with not only the Khayelitsha team but also with beneficiaries who are always keen to help plan the campaign and to create content. 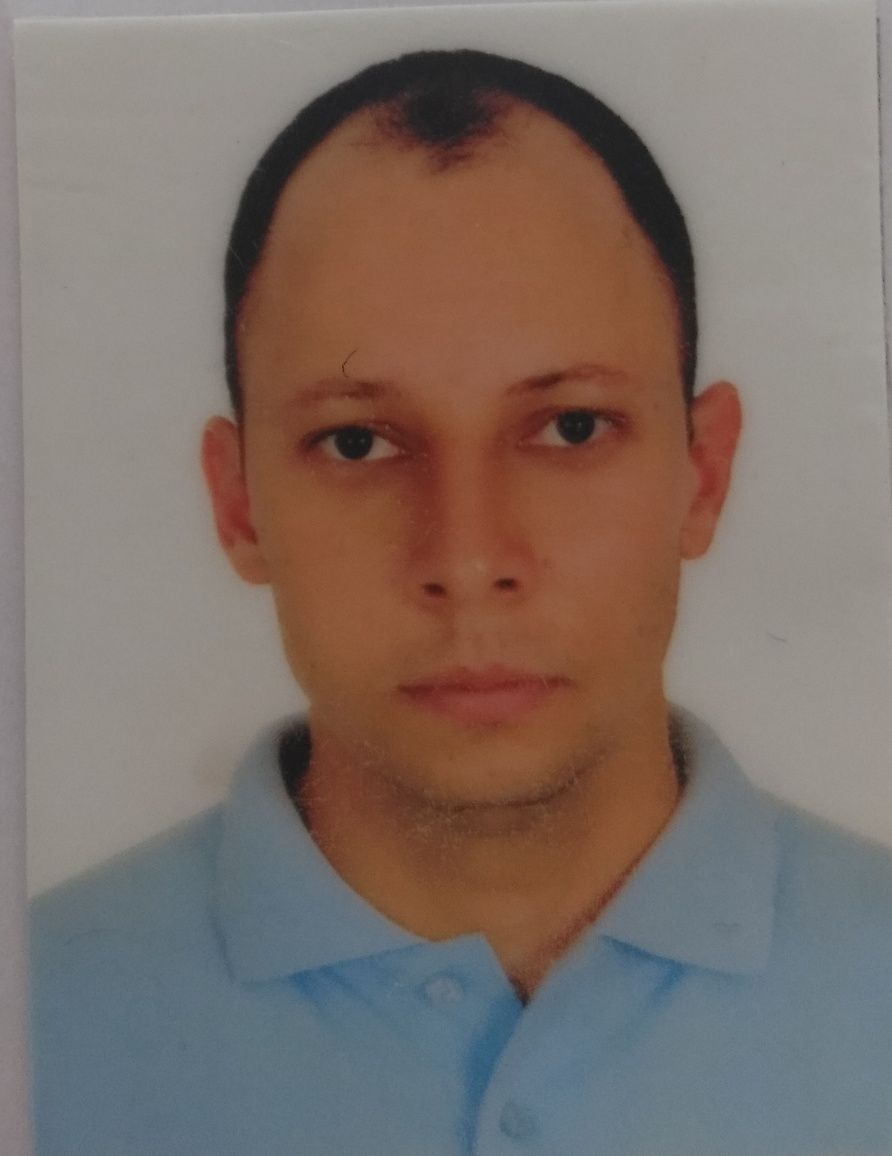 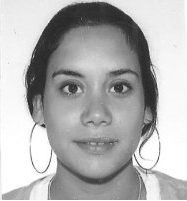 Having worked with Médecins Sans Frontières since 2017, Patricia Dumazert is a clinical psychologist and global health specialist. For the past 5 years, she has worked in countries in the sub-Saharan Africa, Latin America and France, managing operational and research projects on sexual and reproductive health. She currently works as Mental Health Activity Manager in Bolivia in a mother-child health project, where she works with Aymara communities. 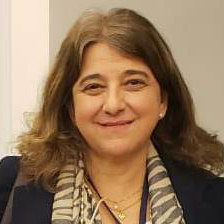 Suzana Cavenaghi
Consultant in Demography and Reproductive Health and former researcher and teacher of the Master and Doctorate Program in Population, Territory and Public Statistics, of the National School of Statistical Sciences (ENCE), Brazil

Having worked with Médecins Sans Frontières since 2017, Patricia Dumazert is a clinical psychologist and global health specialist. For the past 5 years, she has worked in countries in the sub-Saharan Africa, Latin America and France, managing operational and research projects on sexual and reproductive health. She currently works as Mental Health Activity Manager in Bolivia in a mother-child health project, where she works with Aymara communities.

Wafaa Chreif is midwife supervisor at MSF. She received her B.S. from the Lebanese University before starting to work as a midwife at a well-known hospital in Lebanon. Since February 2016, Wafaa has worked with MSF as a midwife. Besides that, she also supported the outpatients department in antenatal care, post-natal care and family planning clinics. She recently used her experiences towards opening a new family center. In 2018, Wafaa published an article entitled ‘She Needs Her Husband’.